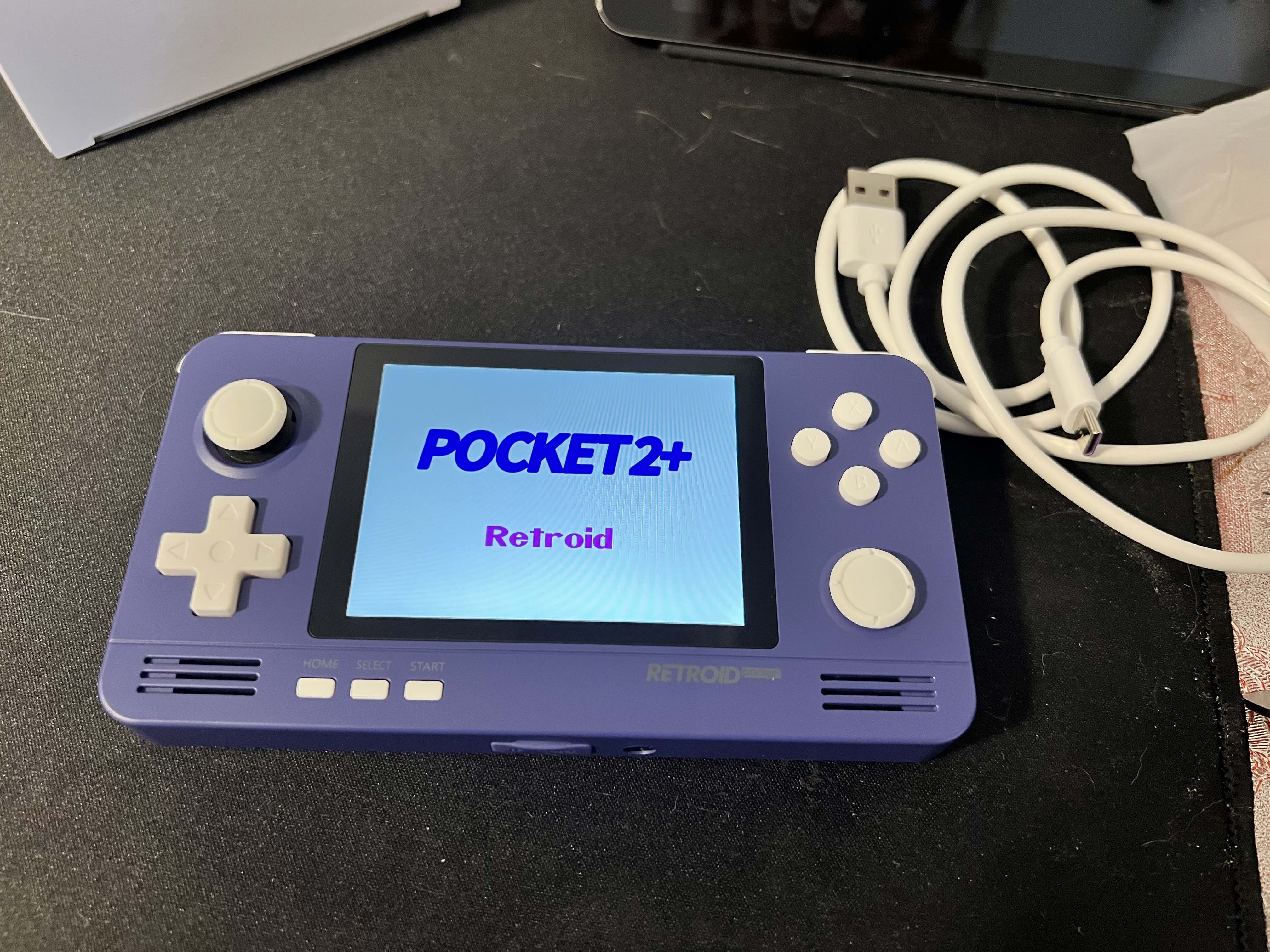 I love playing classic games and needed something new to take on the train. After some research, I bought the Retroid Pocket 2+. It’s a small, Android-powered handheld that plays dozens of emulators for systems up to and including the GameCube and PS2.

There are some reviews on YouTube, but I wanted to write this out for anyone else looking at the Retroid. Overall, it is a good console, but with some serious drawbacks you should know before buying.

The Pocket 2+ runs a slightly modified version of Android 9. Bail out of the Retroid-supplied custom launcher (Android home screen) and you just have… a small Android tablet. There’s settings app, file explorer, web browser, everything. You can even install the Google Play Store and download Android apps to it.

This is the fundamental insight of the Pocket’s creators. Android is open source and provides 99% of the functionality one needs for a modern emulation station. Retroid just put it in the right hardware.

This has advantages and disadvantages. On one hand, it’s nice to be able to download ROMs to the device from a real Chrome browser. I also like that it runs Android apps, including games, and the UI looks exactly like my old phone’s.

On the other hand, it’s fiddly as hell for a console. There’s a full file system inside your Pocket, and you’ll be dealing with it. And that’s before you open up RetroArch, the fiddliest program on god’s green earth.

Hardware is hard - you can do almost everything correctly and ruin the whole product with one flaw. Look at Apple - they had a huge scandal because cell reception was worse if you held the iPhone wrong. That’s how easy it is to mess up hardware.

So it is with happiness that I can report Retroid got it right. The Pocket 2+ is adorable. It’s tiny and fits right in your hands. It’s perfect for throwing in a bag and taking with you.

The hardware feels premium as well. No creaky plastic. Buttons have travel and do not stick. The analog sticks are accurate. The triggers are digital, not analog, but that’s not a big deal outside of GameCube emulation.

Even the battery life is good. Keep the wifi off and this thing will last you for several hours of use.

The biggest hardware downside is the screen. It is so small. Seriously, it’s about the size of a playing card. If you are old (like me) or nearsighted (also me), beware. Old games expected a low resolution and don’t have a ton of tiny text, but my god, the screen is small. It is dwarfed by the Switch’s display.

Second, the screen is too bright. That might sound like an odd thing to complain about, but play this thing in a dark room, you’ll see what I mean. The Screen Dimmer app helped me.

One last note - if you buy this, be sure to buy directly from Retroid’s website. It’s $50 cheaper than from Amazon resellers.

Overall, I love my Pocket 2+. I love having a cute little gadget that plays almost any game made before 2005. It accomplishes its goal, which is be a great retro GameBoy for train rides. I just wish the screen was bigger.